Do zombies ever go out of style? I don’t think so.

There are certain genres that simply stand the test of time like vampires, werewolves and of course zombies. Our team never tires of The Walking Dead, World War Z, ZombieLand, Warm Bodies and the like. 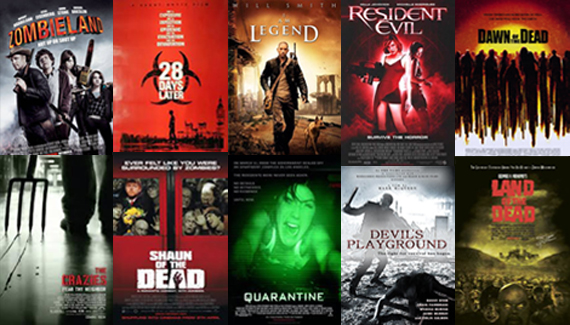 If a new zombie movie came out next week, I’d be there. Wouldn’t you?

It’s the cool and subtle distinctions found in each of those movies that make them unique and fun for fans. It is that same philosophy that we applied to Zombie Mutation™.

Just like with vampires, there are general fan fiction rules that everyone conforms to…
You know vampires hate crosses, werewolves are allergic to silver, and zombies like brains. In Zombie Mutation™, are you going to have to scramble and find supplies to stay alive? Absolutely!

So what makes Zombie Mutation™ unique?

There are several elements to our game play that we think you’re really going to enjoy, such as; 1. Random Acts of Mayhem – Though there are some elements of strategy in preserving your life, this game is based on random acts of mayhem. You never know what’s coming and you’re never safe. The randomness changes the game at any moment and every time you play it.

For instance running into a zombie horde is never a good thing, but sometimes you can use a horde strategically to totally hose your opponents. Be careful though, people tend to hold grudges that come back and bite you in the end.

Adding to the random unknown is the element of mutation, making zombies more aggressive and life threatening at any point in the game. There are some cool surprises with survivors that we’ll let you know about soon.

2. Acts of Self Preservation – ZM can be played a few different ways ie: free for all, teams, and hero zombies. Regardless of which way you decide to play you will quickly find that ZM encourages cooperative play (at least at particular times).

At certain points in the game you may find that even your ‘friends’ throw you to the zombies in order to save themselves in an attempt to win the game.

3. Zombies Play as Characters Too – We felt that in order to make this game more true to ‘fiction’ that it would only be fair to allow the zombies to play as characters too. Zombie heroes can mutate, collect other zombies to build a horde and add a level of strategy to the opponent vs. opponent play. As a hero, you always have the option to fight or flee, but it’s only a matter of time before you find yourself near death with nowhere to go. But hey, no worries, if you do die you will turn and then you play as a zombie hero. You’ll have the ability to grow your horde, move quicker and make it much harder for the remaining survivors.

These are just a few quick peeks into the game of Zombie Mutation™. We’ll be publishing the full game rules soon for everyone to review. Hero or Zombie, the fun is the only thing that doesn’t die in this game.